The degree to which maintaining a healthy diet improves both partner’s ability to conceive is astonishing. Here we’ll take a hard look at how adhering to a traditionally healthy diet improves fertility and, in the next chapter, we’ll contrast that to rates of success amongst couples that consume high levels of fast food. Unfortunately, a lot of fad diets (keto, paleo) undermine a woman’s ability to conceive - we’ll cover these closely in our video tutorial.

Conceiving Naturally On The Mediterranean Diet 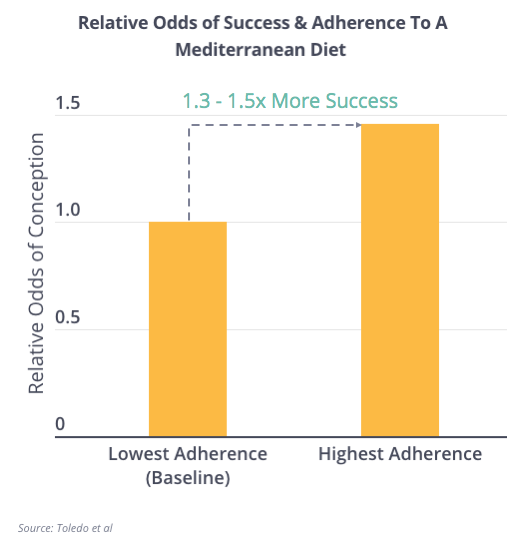 Fertility Treatments And The Mediterranean Diet

The same held true amongst women undergoing IVF, where this phenomenon was documented in 100+ Dutch women. Those who stuck with a Mediterranean diet were 40% more likely to conceive during an IVF cycle than women who had the loosest adherence to the diet. 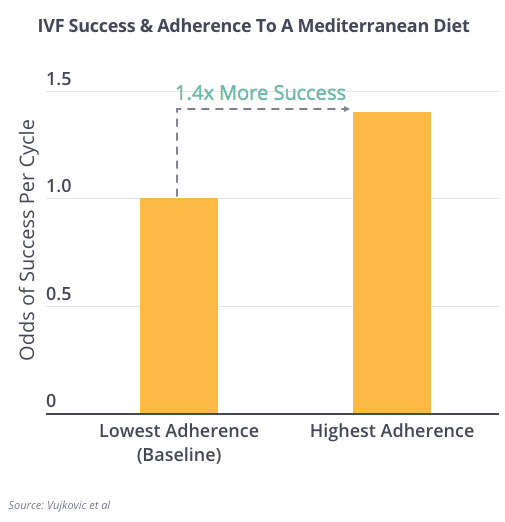 The same is true for men, as those who most loosely adhered to a Mediterranean diet were far more likely to record low sperm counts, motility, or rates of abnormal morphology. 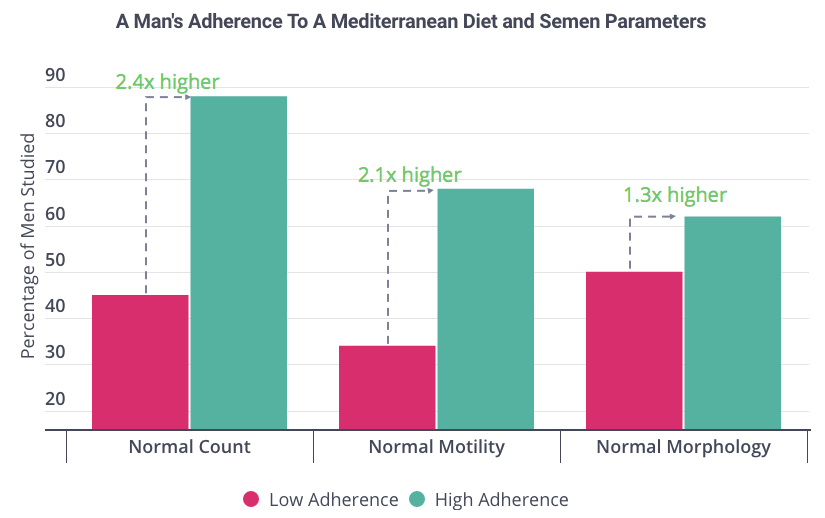 Another diet with interesting data as it relates to IVF outcomes is the “profertility diet,” which tends to emphasize seafood over meat, low pesticide fruit over high pesticide fruit (see here), a reduction in soy or dairy intake and healthy levels of supplemental folic acid, B12, and Vitamin D.

As you can see below, women with the highest adherence (pre-treatment) to the profertility diet notched higher rates of IVF embryo implantation, pregnancy and live birth.